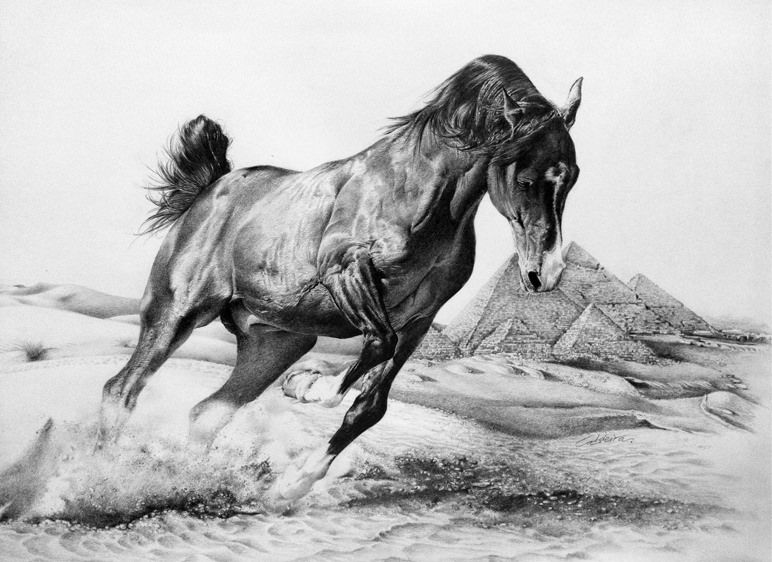 People love comparing historical figures and entities. So, we are going to rank thirteen of the greatest Islamic Empires of all time. We are going to use criteria that take into account the following four parameters.

First, How long has the empire existed as an independent polity?

Second, How much area it controlled at its peak

Third, How stable was the empire? This is a rough estimation of the time it spent as a stable empire without civil wars or interregnums before it declined.

Fourth, How much cultural influence it has had on the modern Islamic World? This one is kinda arbitrary and based purely on my opinion of the impact that any particular empire had on the Islamic World.

These parameters are added and a total score is compiled. So, if you don’t like our picks, don’t be mad at us, be mad at Math.

At number fifteen is the Ayyubid Sultanate. They had one of the most famous Muslim rulers of all time, the great Salah ad-Din Ayyubi, known in the west as Saladin, who conquered Jerusalem.

However, that’s pretty much all they had and immediately

after him, his sons started to squabble and the Sultanate began to decline. They were active for around 86 years and at their peak in 1193, controlled around 2 million square kilometers. They get only 25 stability points and only 50 cultural points.

Other than Saladin being mentioned every time something happens between Palestine and Israel, they didn’t leave much of a cultural legacy.

Then we have the Samanid Emirate. They were an Abbasid successor state and sort of a return to form for Persia because they started to bring back the original Persian culture from before the Arab conquests.

They were active for only 99 years but at their peak in 928, they controlled around 2.85 million square kilometers. They get around 70 stability points and around 60 cultural points because they ushered in the so-called Persian Renaissance or Persian Revival.

At number 12, we have the Almohad Caliphate which ruled over Morocco and Spain. It was active for some 148 years and at its height in 1199, it controlled around 2.3 million square kilometers.

It was a fairly stable dynasty because of the way the caliphs distributed land among their sons.

It gets 50 cultural points because it is still pretty relevant in Morocco.  Also because it had my absolute favorite commander of all time, Abu Yaqub al-Mansur.

Abu Yaqub al-Mansur was able to halt and even push back the Reconquista before his death. Given his circumstances, this was no easy feat.

In the 11th place, we have the Umayyad Emirate and later the Caliphate of Cordoba.

When the Umayyad Caliphate of Damascus fell, one of their princes formed an independent emirate in Spain which existed for an impressive 277 years. The emirate later became a caliphate under the great Abd al-Rahman III.

At its peak in 976, it controlled the smallest area of any empire on this list, only 600,000 square kilometers but it was very stable and gets 70 cultural points because almost everything that went from the Islamic World into Europe before the year 1000 went through them, which is a lot.

At number 10, we have the Greater Seljuk Empire. They were a central Asian tribe that went on to rule the heartland of the Islamic World. Then, they defeated the Byzantine Empire at Manzikert and opened the road to Anatolia and Europe.

They ruled for some 116 years and at their peak in 1092, they controlled almost 4 million square kilometers.

They get 60 cultural points because they brought many Central Asian tribes into the Middle East and Anatolia, including the one that later spawned the Great Ottoman Empire.

In 1260, the newly founded Mamluk Sultanate of Egypt did something no one thought possible, they defeated the Mongols in the Battle of Ain Jalut.

The Mamluks were slave soldiers who overthrew the Ayyubids and founded their independent sultanate.

This sultanate lasted some 257 years as an independent entity and then actually continued existing under the Ottomans and even fought Napoleon so, pretty cool. They get 150 stability points because they were kinda always fighting each other. Although, at their peak in 1341,  they ruled some 2 million square kilometers.

They get 70 cultural points because they saved Egypt and the rest of Africa from the Mongols. Also, they turned Egypt into a cultural powerhouse which was the only prosperous
state when the Black Death hit in 1348.

Then we have the Safavids, the first Gunpowder Empire on this list. They ruled Iran for some 235 years and pretty much
founded the modern state of Iran, even though, Iran goes back much longer. They marked a return to Iran being ruled by Iranians after being under the Mongols and Central Asians for quite a while.

They were also responsible for converting Iran to Shi’ism which is still the primary faith in Iran. They were great rivals to the Ottomans. They get 175 stability points. At their peak in 1629,  they ruled almost 3 million square kilometers.

They get 70 cultural points because as I  mentioned, they converted Iran to Shi’ism and influenced its culture in a big way.

At number seven, we have the Rashidun Caliphate. A lot of people will be angry that I put them so low on the list but the Math speaks for itself.

This was Islam’s first caliphate and took hold right after the prophet’s death. They defeated the great Byzantine and Sassanian Empires around them and are pretty much the reason Muslims exist anywhere in the world, other than Arabia. Also, they canonized early Islam and put the Quran in its book form so they get the full 100 cultural points.

Although, this caliphate  existed for only 29 years and at its peak in
655, it controlled a remarkable 6.4 million square kilometers. It was also fairly stable and only spent the last five years in a civil war.

At number six, we have the Mughal Empire. It was one of the world’s richest empires and at its peak in 1689, it contributed almost 25% of the world’s GDP It also ruled over 4 million square kilometers.

It existed as an independent entity for around 231 years and gets 150 points for stability because it had quite a few problems
other than the sons of the emperors always fighting each other and their fathers.

It gets 60 cultural points because it cemented Persian Culture in India and it was a Mughal Emperor who built the Taj Mahal and even today, a lot of our laws and bureaucratic structures come from them.

Then, we have the Delhi Sultanate, which has somehow beaten the Mughal Empire. I have no idea how. Stupid Math. Delhi Sultanate existed for some 320 years.

It was ruled by various dynasties which made it pretty unstable with only 160 stability points, mainly because each dynasty pretty much only had one good conqueror who ruled for a while and then died and then the dynasty collapsed.

At their peak in 1351, they ruled almost all of India with 4 million square kilometers. For starting the conversion of India to Islam, they get 60 cultural points. They gave patronage to some of the most famous scholars and Sufi masters who slowly created what is now, India’s second-largest religious group, the Indian Muslims.

Let’s get to number three, the Abbasid Caliphate. They came to power after defeating the Umayyads and ruled in two different independent phases for around 297 years. They get 170 stability points because they started to decline after their peak in 861
when they ruled some 5 million square kilometers.

They get the full 100 cultural points because they ushered in the so-called Golden Age of Islam when science, literature, architecture, culture, and everything was booming in the Islamic World.

Also, it was during their reign that the jurisprudence part of Islam, also known as Shariah came together and the Hadith were compiled. Their fourth Caliph, Harun al-Rashid is perhaps the most famous Muslim Ruler. They stayed under the Buyids and
the Seljuks for like 200 years before making a really good comeback only to be destroyed by the Mongols in 1258.

Then, they lived in Cairo under the Mamluk Sultanate as nothing but figureheads till they were displaced by the Ottomans in 1516.

At number two is the second Umayyad Caliphate. A lot of people consider them to be a continuation of the first Umayyad Caliphate at Damascus which was ruled by the Sufyanid Branch of the Umayyad Dynasty and ended in 684.

After them, there was a civil war and then, the second Umayyads came to power. These Umayyads are known as the Marwanids were cousins of the Sufyanids.

The reason I consider them a different dynasty is that they were from a different branch of the Umayyads and their style of government, priorities, achievements, and legacy are all different than the Sufyanids.

Also, I recognize the caliphate of their rival,  Abdullah ibn az-Zubayr during that civil war. The Marwanids ruled for only 58 years out of which only around 32 were fairly stable. They peaked around 723 when they ruled a whopping 11 million square kilometers. Their empire stretched from Spain to Sindh, in modern-day Pakistan.

If you took a flight from Bogota, Colombia to New Delhi, India in 723,  you’d spend 13 hours flying over the Umayyad territory and you’d probably also be burnt for being a witch.

It is still one of the largest contiguous land empires ever. Also, they get 80 cultural points because they were the first Muslim empire to rule their empire. The previous two Islamic empires, the Sufyanid Umayyads and the Rashidun hadn’t ruled, they had just conquered and taxed. It was the Marwanids who established a working form of government and all subsequent Islamic Empires followed some of their methods to rule.

Finally, at number one is the Ottoman Empire. It’s kind of an obvious choice so, I wanted to avoid them but by every reasonable standard, the Ottomans were the greatest Islamic empire.

They were active for around 623 years out of which they spent a remarkable 400 or so in relative stability. This came partly because the rulers killed their brothers and partly because they had an amazing administrative structure.

At their peak in 1683, right around the failed Siege of Vienna, they controlled around 5.2 million square kilometers.

In terms of cultural influence, they get around 70 points because they’re everywhere. They’re the reason we have Muslims in Eastern Europe. They destroyed the Byzantine Empire.

They had a pretty dramatic meltdown over modernizing so, overall, a pretty cool empire. So, those were our picks for the top thirteen Islamic Empires of all time.

Let us know in the comments, if you agree with my list and if you think I missed an empire.