Book Review “Islam and the destiny of man” Gai Eaton 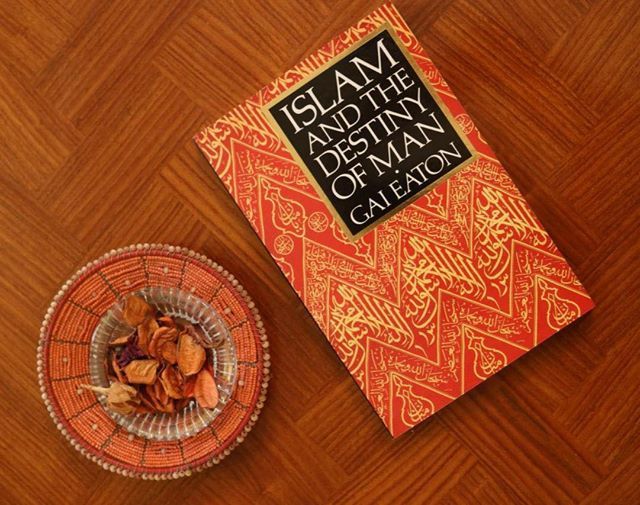 Book Review “Islam and the destiny of man” Gai Eaton

Today I just wanted to share with you some words of someone who has been called the grandfather of British Islam. His name is Gai Eaton and he sadly passed away just a few years ago he was a Muslim for over 50 years at the time of his death and had a very distinguished career.

He was a British diplomat and a consultant at regent’s park mosque in London and he was above all a superb writer of the English language. He wrote some celebrated works which have had a profound effect on countless people, particularly English-speaking people who are not Muslims. He has led many of them to embrace Islam perhaps his crowning work is this book called “Islam and the destiny of man”.

The book had a profound impact on me and I do highly recommend it still. I just want to present to you a short extract from this book where the author discusses the significance of the Quran. Why is it such a special book and he gives his interpretation his views on this and I think what he has to say is very interesting so I want just to share with you some words from his book

“and if all the trees on earth were pens and the sea with seven seas added were ink yet the words of Allah could not be exhausted.”  Quran 31:27

He continues, “for the Quran to contain more than a thimble full of the message it must rely on upon images symbols, and parables which are wind-open windows onto a vast landscape of meaning but which are inevitably liable to misinterpretation.

The Prophet’s(PBUH) wives once asked him which of them would be the first to die the one with the longest arm he(PBUH) said. They set about measuring each other’s arms with great seriousness and not until long afterward did they understand that he meant the one who extended her arm furthest in acts of charity.

There have always been Muslims who like the prophet’s wives have taken figures of speech literally and others who have maintained that the inner meaning of the text will be revealed to us only on the last day when the secrets of hearts are exposed together with the secrets of the book.

Others again have regarded the literal meaning as a veil covering the majesty of the content and protecting it from profane eyes.

The disputes which have arisen on this subject lead nowhere and are therefore of no consequence each man must follow his way according to his nature. But in whatever sense, it may be understood superficially or in-depth a scripture such as the Quran provides a rope of salvation for people of every kind. The stupid, as well as the intelligent and limited interpretations, do not diminish its efficacy provided they satisfy the needs of particular souls.

No book of human authorship can be for everyone but this is precisely the function of revealed scripture and for this reason, it cannot be read in the way that works of human origin are read. The sun and the moon are for everyone. The rain too but their action about each individual is different and ultimately to some, they bring life and to some death.

It could be said that the Quran is like these natural phenomena but it would be more exact to say that they are like the Quran, they have the same author and are as it were illustrations inserted between the pages of the book.

It is an article of faith in Islam that the Quran is inimitable try as he may no man can write a paragraph that is comparable with a verse of the revealed book. This has little to do with the literary merit of the text. A perfect work of literature could never be sacred precisely on account of the adequacy of its language to its content.

No conjunction of words however excellent could ever be adequate to a revealed content. It is the efficacy of the words they’re transforming and saving power that is inevitable since no human being can provide others with a rope of salvation made from strands of his person and his thoughts.

The Quran set on a shelf with other books has a function entirely different from theirs and exists in a different dimension. It moves an illiterate shepherd to tears when recited to him and it has shaped the lives of millions of simple people throughout 14 centuries. It has nourished some of the most powerful intellects known to the human record.

It has stopped sophisticated in their tracks and made saints of them. It has been the source of the most subtle philosophy and of
an art that expresses its deepest meaning in visual terms. It has brought the wandering tribes of mankind together in communities and civilizations upon which its imprint is apparent even to the most casual observer.

Muslims regardless of race and national identity. The Muslim is unlike anyone else because he has undergone the impact of the Quran and has been formed by it. Other books are passive.

The reader taking the initiative but a revelation is an act a command from on high compared to a lightning flash that obeys no man’s whim as such it acts upon those who are responsive to it. Reminding them of their true function as vice-regents of god on earth. Restoring to them the use of faculties that have become atrophied like unused muscles. Showing them not least by the
example of the Prophet(PBUH) what they are meant to be.

Very powerful starting words therefrom this book is by Gai Eaton and the book is like this from beginning to end. It’s the most extraordinary tour de force one of the most beautiful books in the English language about any religion I would argue. There is again Islam and the destiny of man, until next time.