King Charles III’s attraction to Islam and the Quran 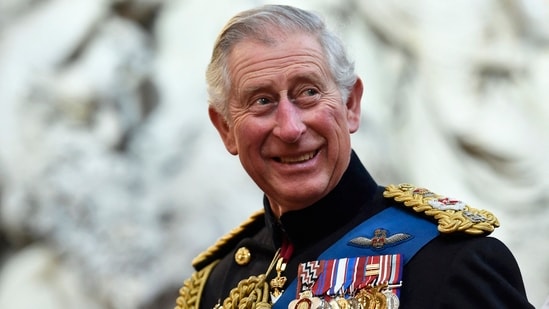 King Charles III’s attraction to Islam and the Quran

On the 8th of September 2022 on the death of his mother Elizabeth II queen of the United Kingdom prince Charles became king Charles III.

We will discuss here the remarkable appreciation king Charles has for Islam.

I am not here to endorse or criticize the monarchy, I am just highlighting the refreshingly positive writings and statements about Islam made by the new king when he was the prince of Wales.

I think it is a matter of considerable public interest to know these facts. In a speech entitled Islam and the West given at the Oxford Center for Islamic Studies  he said

“It is odd in many ways that misunderstandings between Islam and the West should persist for what binds our two worlds together is so much more powerful than that which divides us Muslims, Christians, and Jews are all peoples of the Book.” and here Charles uses a  Quranic expressions

“Islam and Christianity share a common monotheistic vision a belief in one God. In the transients of our earthly life in our accountability for our actions and in the assurance of life to come we share

many key values in common respect for knowledge, for justice, compassion towards the poor and underprivileged, the importance of family life, respect for parents, honor the father and mother is
a Quranic precept too.”

Charles continues “if there is much misunderstanding in the West about the nature of Islam there is also much ignorance about the debt our own culture and civilization owe to the Muslim world.

It is a failure that stems I think from the straitjacket in history we have inherited.  The medieval Islamic world from Central Asia to the shores of the Atlantic was a world where scholars and men of learning flourished, but because we have tended to see Islam as the enemy of the West, as an alien culture society, and system of belief we have tended to ignore or erase its great relevance to our history.  For example, we have underestimated the importance of 800 years of Islamic society and culture in Spain between the 8th and the 15th centuries.

The contribution of Muslim Spain to the preservation of classical learning during the dark ages that time of intellectual and the cultural decline in the West and to the first flowerings of the renaissance has long been recognized but Islamic Spain.” said Charles “was much more than a mere larder where Hellenistic
knowledge was kept for later consumption by the emerging western world. Not only did Muslim Spain gather and preserve the intellectual content of ancient Greek and Roman civilization, but it also
interpreted and expanded upon that civilization and made a vital contribution of its own in so many fields of human endeavor in Science, Astronomy, Mathematics, but Algebra itself is also an Arabic word, Law, History, Medicine, Pharmacology, Optics,  Agriculture, Architecture, Theology, and Music. Islam
nurtured and preserved the quest for learning in the words of the tradition the ink of the scholar is more sacred than the blood of the martyr.

Córdoba in the 10th century was by far the most civilized city in Europe.

We know of lending libraries in Spain at the time King Alfred was making terrible blunders with the culinary arts in this country, it is said that the 400,000 volumes in its ruler’s library amounted to
more books than all the libraries of the rest of Europe put together that was made possible because the Muslim world acquired from China the skill of making the paper more than 400 years before the rest of non-Muslim Europe. Many of the traits on which
Modern Europe prides itself came to it from Muslim Spain diplomacy, free trade, open borders, the techniques of academic research of anthropology, etiquette, fashion, alternative medicine, and hospitals, all came from this great city of cities.”

“Medieval Islam was a religion of remarkable tolerance for its time” Now this is an insight that Charles makes which is rarely appreciated in the West and I’m glad he is aware of it.

the extent to which, Islam has been a part of Europe for so long.

So, Charles here is saying how crucial are we to understand Islam is a part of European history, it’s not kind of an alien other from immigrants. It’s part of the intrinsic history of Europe itself.

“First, in Spain.” he says “then in the Balkans and the extent to which it has contributed so much towards the civilization which we all to think of wrongly as entirely Western(non-Muslim). Islam is part of our past and present in all fields of human endeavor it has helped create modern Europe. It is part of our inheritance, not a thing apart.

“More than this,” said Charles “Islam can teach us today so he said this is the future king saying what Islam can teach us as a non-Muslim country England Britain. Islam can teach us today a way of understanding and living in a world in which Christianity itself is poorer for having lost the heart of Islam.” This is a great insight that Charles is making I think. “At the heart of Islam is its preservation of an integral view of the universe, Islam refuses to separate man and nature, religion and science, mind and matter, and has preserved a metaphysical and unified view of ourselves and the world around us.”

That’s just a fraction of the speech.

Source: A speech by HRH The Prince of Wales titled ‘Islam and the West’ at the Oxford Centre for Islamic Studies , The Sheldonian Theatre, Oxford.

In another speech at the sacred web conference, he praised a book by  René Guénon “The Reign of Quantity.”

What’s interesting is “René Guénon” is a French Muslim convert. He’s a brilliant mathematician in Paris. He converted to Islam and moved to Cairo. Charles agrees with many aspects of his worldview if you read the speech you’ll see other examples.

He also quotes approvingly some of the works of professor Seyyed Nasr. Seyyed Nasr is a very prominent  American professor in the States. He is originally Iranian a brilliant individual, also Martin Lings.

Martin Lings is very interesting and I want to read a few lines from this book it’s called “A Return to the Spirit” questions and answers by Martin Lings.
It was published just after Martin Ling’s death and contained some of his writings plus several essays and appreciations by his admirers. One of these admirers just happens to be king Charles III.

Who was Martin Lings by the way?

Martin Lings was an English convert to Islam and he was the author of a very famous book this is what Charles says in the introduction “One of Martin Ling’s greatest legacies was his remarkable biography of the Prophet Muhammad(PBUH).

So, that’s what prince Charles thinks about that book it was remarkable but just but Martin Lings as I said was a convert to Islam. He died some time ago.

Now just, in conclusion, to be clear, I am not saying king Charles is a closet Muslim but he is literate in some aspects of Islamic thought and metaphysics.

This is unparalleled in the history of the British Monarchy. I am also not suggesting that Muslims as Muslims should back the new king, my intention in this article is simply to give a glimpse of what he thinks about Islam. So, Muslims in the U.K. can decide for themselves how best to engage King Charles III in dialogue and discussion.