The Instructive Story of Prophet Saleh and the Camel 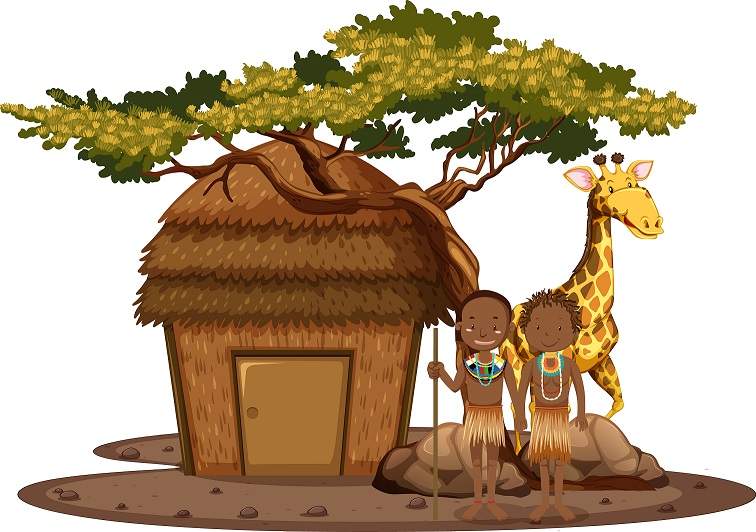 The Instructive Story of Prophet Saleh and the Camel

The people of Thamud

Allah had destroyed the city of Ad because of their wrongdoings.

The tribe of Thamud succeeded them in power and glory! The people of Thamud, like the people of Ad, were hardworking and excellent craftsmen!

Like their forefathers, they made buildings on the top of mountains and lived in beautiful houses. Their lands were fertile, and it gave them abundant crops as well!

But as their material wealth increased, so did their evil ways! The tribe was ungrateful to Allah (SWT). And its members did not worship Him! The rich and the luxurious became tyrants. The members of the tribe worshipped the idols instead.

Prophet Saleh (as) lived during that period of time. He was a good and wise person. The people loved him and respected him for his unique qualities.

Like their forefathers, idol worshipping was rooted deep in the hearts of men and women.

The Prophet realized this, and he tried to correct them. He knew that even the tribe chiefs were corrupt and bad men.

They practiced idol worshipping and encouraged everyone to do so. They even punished those who worshipped Allah (SWT)

However, Saleh (as) was chosen as Allah’s messenger. He was not afraid of anyone except Allah, the great and almighty.

He prayed to Allah without fearing anyone.

“O, people! Worship Allah! You have no other God but him” The Prophet said to them.

But the people of the tribe said to him,

“Oh, Saleh! We always liked you, and we thought you would become our chief one day! Now, why are you asking us to worship Allah? How can you ask us to leave our Gods and worship yours? How can we forget our gods who were worshipped even by our fathers? We do not believe in your God. Go away…” They replied back.

It was from here that the struggle between good and evil began. The Prophet believed in Allah and struggled against the disbelievers.

One day, as usual, the members of the tribe gathered around a huge rock on the top of the mountain. They worshipped the rock for a long time, and when the children saw their fathers, they started worshipping the rock as well

The people butchered rams as sacrifices to the rock and sought its blessings.

When the Prophet saw this, he was sad and said to them

“O, my people. Please serve Allah, the one and only true God.” Then one of them said,

“Why do you ask us to pray to Allah alone?

“Because he has created you,” said the Prophet

“He gave you everything, the sun, the moon, the mountains, the seas…everything that you see around!”

Then one of the chiefs came forward and said

“Show us a miracle and we’ll believe you”

Then another chief came forward and said pointing at the rock

“Yes! The camel should be pregnant too! Ha haa” He laughed

The Prophet thought for a while and replied

“If Allah delivers this miracle, Do you promise to believe in Allah as the one true god? Will you accept that I’m his apostle?”

The Prophet then prayed to Allah to grant them their request.

It was a miracle!!

Naqatullah – the camel of Allah

At first, the people heard the sound of rocks breaking apart Then suddenly the rock fell apart, and there it was, A beautiful She-Camel!! It was huge and it was pregnant too!!

When people saw the she-camel, they were amazed! They couldn’t believe their eyes! Some people believed what they just saw instantly, but some, especially the rich and the powerful, thought that this was magic.

The Prophet prostrated before the camel, as Allah brought the she-camel out of the rock with his glory!

Few other people prostrated before the camel as well, as they now believed in the power of Allah They had seen a great sign before their eyes.

What the Prophet said was true” They said.

“Allah is the true god” But even now, the number of believers were very few. The other’s mind was still corrupted and refused to believe in Allah (SWT)

After three days, the she-camel gave birth to a lovely young he-camel. The young camel always followed his mother. It stayed behind its mother calmly, and she looked after its son fondly.

Very soon, the she-camel and her son became symbols of affection and mercy.

When the people of the tribe saw it, they said “This is Saleh’s she-camel”. Then the Prophet said to his people

“O my people, worship Allah. There is no God but him. This is a clear sign from your Lord. This she-camel is a sign for you. So leave her to graze on Allah’s earth. Be careful not to hurt it. If you do that, then Allah
will punish you.”

Plot to kill the camel

Days passed, and the she-camel grazed in the green pastures of Thamud. It ate the plants from the valley and drank water from the well.

The she-camel was so huge that it drank lots and lots of water. And while it was drinking water from the well, no other animal or people could go near the well. It nursed the newborn fondly. She gave him her milk.

When the people of Thamud saw the milk, their mouths watered. They hurried to the Prophet.

“The camel’s milk may be blessed!” They said to him.

“The baby camel is not going to have all of it, so please let us have some of the camel’s milk” they requested.

And on the second day, he told them to leave the milk for her child. The people agreed to the Prophet’s suggestion. The camel gave plenty of milk and it covered the needs of the entire Thamud!

At first, the people were happy and content. But soon, the disbelievers started raising their voices. They hated the Prophet for turning people away from their idols. And their hatred now turned towards the blessed she-camel!

The tribe of Thamud was divided into two parts now.

“Do you believe that Saleh is the Prophet of God?

“Yes we believe in his message” they answered.

“We believe Allah is the true god. But the disbelievers openly denied Allah (SWT).

They were the rich and powerful men of Thamud. Some of the chiefs were against the Prophet too! They knew that the Prophet was a danger to their beliefs.

One night, these evil men gathered together and hatched a plot to kill the poor she-camel! They took the help of their wives to convince nine strong men.

These nine men agreed to kill the she-camel and her calf!

The next day, they kept watching the camel closely, observing all its movements. As the camel came to drink water at the well, one of the men shot its leg with an arrow!!

The camel cried out loudly, and it started to run. But the poor animal couldn’t because of the arrow stuck in its leg. Then the others followed the camel, and struck it with a sword on the other leg!

The poor animal fell down crying. All of them used their swords to pierce the animal, and finally, it was dead!

The killers were given a hero’s welcome and cheered with songs and poetry. The disbelievers jumped up
and down with joy, for they had succeeded in killing the gift of Allah!

The Prophet was heartbroken to see the poor she-camel dead.

He shouted to the evil men who were dancing with joy “

“Why three days?” They asked.

“Let the punishment come as quickly as possible,” they said arrogantly.

The Prophet once again tried pleading with them

“My people, why do you follow the evil ways? Seek forgiveness from Allah so that you may receive his mercy” But they didn’t listen to him and continued their celebrations.

The evil men then plotted to kill the Prophet as well. But Allah saves the Prophet and his followers from their wicked plans.

Heavy-hearted, they left the land of evildoers and moved to another place. And the day for the punishment arrived as the Prophet had warned.

The disbelievers stayed inside their homes made of rock, feeling safe.

Suddenly thunderbolts appeared out of nowhere, and there were severe earthquakes as well!

The land was violently shaken, killing every man and animal living in Thamud. Neither their strong buildings nor their stone houses could protect them.

All the disbelievers in Thamud were struck dead at the same time. Everything in Thamud was destroyed before people could even realize what was going on!

Only the people who believed in Allah (SWT) were saved because they had left the place.

The arrogance and disbelief of the people could not save their lives, nor could their idols. Their large and extravagant buildings could offer no protection at all!

Allah continues to send clear guidance, but disbelievers choose to ignore them. He is the most merciful and the most forgiving. However, we should not ignore Allah’s warnings. His punishments, as the people of Thamud, experienced can be swift and severe.

Read more stories of the Prophets here including, Musa, Ibrahim, Adam, Hud, Uzair(Peace be upon them all)