Prophet Ibrahim (as) The Friend Of Allah 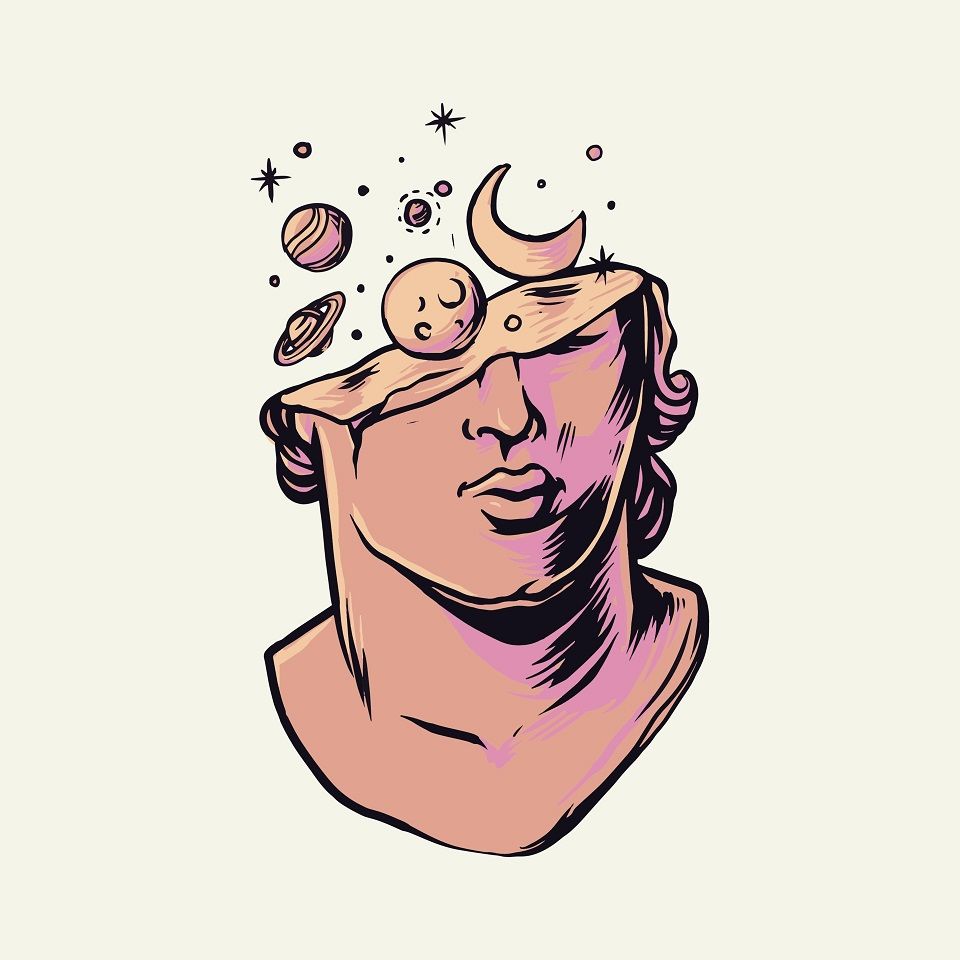 Prophet Ibrahim (as) The Friend Of Allah

Prophet Ibrahim (as) was born in the kingdom of Babylon a long time ago! He was blessed with wisdom even when he was a child, which made him very special! The Prophet was born during a time when the people worshipped the sun, the moon, and the stars, and they worshipped even the idols made out of stone!
Ibrahim’s father was a sculptor, and he used to make idols with his own hands! His father never used to worship Allah(SWT) at all!

As a child, he used to sit and watch his father carving out these statues from stone.
Ibrahim (as) got curious about these funny-looking statues, and sometimes he used to play with them!
But when he saw the same statue in temples, he got confused. He wondered why the people were prostrating before these stone idols, so he asked his father about it.

One day, when his father was carving a statue of Marduk, the Prophet asked his father.
“Baba, why are people worshipping the toys you are making yourself?”
“They represent our gods.” His father replied.
“We should worship them to get favors from Gods.”
“Why does it have such big ears, Baba?” the Prophet asked.
“This statue is the god of gods, the Marduk.” His father replied.
“The big ears represent his deep knowledge.”
Even though Ibrahim(as) was only seven years old at that time, he couldn’t control his laughter!

As time passed, Ibrahim(as) grew with knowledge and wisdom. He knew that Allah(SWT) was the only true God.
His hatred for the idols increased as he grew older.
Ibrahim(as) had now turned 16 years old. Whenever he went to the temple with his father, he was sad to see his people still praying to the idols. He saw that the people were offering sacrifices seeking forgiveness of their sins.

One day Ibrahim(as) left his home searching for Allah(SWT), the true God. He walked for a very long time and finally reached a mountain nearby. He climbed the hill and sat near a cave nearby.
He sat there for a long time, and when he looked up, he saw a shining star! When he saw the star’s beauty, he wondered if this star could be Allah(SWT).
But after a while, the star disappeared! He realized the star was not Allah(SWT), as the true God will never set or disappear.

After a while, the moon came up. The moon was very beautiful. Ibrahim(as) wondered if the moon could be Allah(SWT). He sat there gazing at the moon for a long time, but after a few hours, when the moon disappeared from the horizon, he realized that the moon was not Allah(SWT).
Ibrahim(as) was disappointed, but he continued to sit there on the top of the mountain, watching the horizon. It was early morning by now when the sun came up!

He looked at the bright sun and wondered again if this could be Allah(SWT), as it was bigger and very encouraging!
But by evening, when the sun set on the horizon, he realized that it was not Allah(SWT), as the true God would never materialize.

Then, Ibrahim(as) realized that the true God could never be created! He understood that Allah(SWT) is the creator of everything, even the sun, the moon, and the stars!
He then prostrated on the ground offering his thanks. He knew Allah(SWT) had just guided him to the truth!
Then, he realized Allah(SWT) had chosen him to be a Prophet! Allah had chosen him to show his people! It would be a new life for Prophet Ibrahim (as).

Conflict with family and nation

He then traveled back home to tell his father about the great news. But when his father heard what he was saying, he got very angry!
“How dare you reject my gods?” he asked angrily.
“O, my father, follow me. I will guide you on the right path. Allah (SWT) will punish you if you don’t repent!”
The Prophet pleaded with his father.
“I will ask people to stone you if you don’t stop speaking like this,” His father shouted at him.
The Prophet was then asked to leave the house by his father. Ibrahim(as) was sad for his father, for he had turned him away.

He realized he could do nothing more, so he left home and walked away. He then went to the other people in his kingdom to guide them! He realized his mission was to call people back to Allah(SWT)!
Ibrahim(as) went to the market and shouted at them.
“Allah(SWT) is the one and only true God. There is no other God but Allah(SWT). There is nobody worthy of worship except him. I will not bow down to the idols anymore.”

The people at the market got really angry when they heard him speak like this.
“Why do you worship these idols,” he asked them.
“Don’t you realize that they have no power?”
The people threatened him to go away, so Ibrahim(as) had to leave the market. But the Prophet thought of a plan to show them that the idols were not real Gods.

Who broke the statues 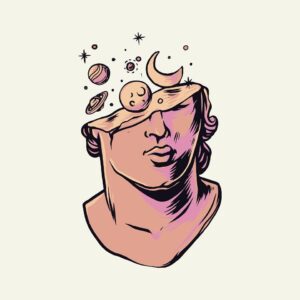 The next day, when they town’s people came to the temple to worship, they were shocked to see the idols smashed into pieces! The pieces were lying around, all over the place. They gathered together and discussed who could have done this terrible act.
There was a young man at the market yesterday,” one of them said.
“He was speaking against our gods.”
“I know this person- His name was Ibrahim.” Said the other
The people found Prophet Ibrahim(as) and brought him to the temple.
“Are you the one who has done these to our Gods?”
They asked him
“It was the statue here, yes, that big one.” the Prophet replied.
“Why don’t you ask him? He will tell you if he can speak”. This angered the people further.
“You know very well that these idols do not speak.”
Then Prophet Ibrahim(as) said
“Then why do you worship these idols who cannot speak, nor do they see or hear?
Have you lost your minds?”

The people were ashamed and looked around and saw the shattered pieces of idols lying everywhere. Some of them realized that Ibrahim(as) was telling the truth. But the others were still very angry with him.
“Punish him,” they shouted.

Ibrahim thrown into the fire

They wanted to take revenge for shattering the idols! They tied him in chains and gathered around to discuss how they would punish the Prophet.
“Let’s burn him in fire,” one of them said.
“Let’s build the biggest fire anyone has ever seen and throw him into it.
Everyone thought it was a great idea. The people of Babylon then started building a fire so large that even the birds could not fly above it.
It was so hot that the people couldn’t go near it. When people realized that Prophet Ibrahim(A) had destroyed the idols, they were really angry!
They decided to burn him in the biggest fire anyone had seen before!
First, they dug a deep hole to put the firewood. They gathered all the wood they could find and started building a fire!
The people kept adding the woods for days and days, and the fire grew stronger and stronger.
It is said that the fire grew so strong that no one could go near it because of the heat.
It was so tall that not even the birds could fly above it!
Many people heard about this huge fire in Babylon and traveled to the city to witness this phenomenon!
Then one day, the people tied the hands and feet of Ibrahim(as) and placed him on a catapult so that he could be thrown into the fire.
Then, an angel from heaven appeared before the Prophet and asked him if he wanted any wish to be granted.
The Prophet could have easily asked the angel to save him from the fire, but he did not.
“I wish Allah (SWT) to be pleased with me,” he said.
What followed was a miracle! When the Prophet landed in the fire, the fire suddenly got cold. It only burned the ropes that tied the Prophet, and no harm came to the Prophet! 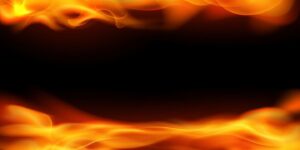 The Prophet sat amidst the fire as if sitting in a garden! He sat there and sang praises of Allah(SWT)! The people couldn’t see what was happening, so they waited for the fire to finish burning.
And finally, when the fire went out, the Prophet walked out of the fire with no single burn on his body! The people were shocked to see this.!

This was a miracle!!
“The God of Ibrahim(as) must be the true god.” Some of them said. But most of them were still angry with the Prophet for destroying the Idols!
They decided to take the Prophet to the king’s palace for a trial.
The soldiers came and arrested the Prophet and took him to the palace of King Nimrod.
He was taken to the palace with his hands chained.
Nimrod had heard that the Prophet had shattered the idols he worshipped.
“Tell me why you smashed the idols we worship,” He asked the Prophet.
‘They were false idols; they were not God.” replied the prophet
“Then who is the true God ?” Nimrod asked
The Prophet politely replied
“There is only one true God, Allah (SWT). He gives life and death.”
The king got angry when he heard the Prophet. He stood up angrily and said,
“I can give life and death too. Wait, and I’ll show you.”
He asked his soldiers to bring two of his slaves to the courtroom.
He asked the enslaved people to kill the first one.
The guard, on hearing the order. He struck the sword and killed
one of the enslaved people.
“You see, I can give death,” said Nimrod proudly.
“Now kill the other one too,” said Nimrod to the guard.
But before the guard could strike the enslaved person with his sword, he asked him to stop. He then shouted to the guard,
“Don’t kill him. Let him live.” He then turned to the Prophet and said
“I can give life too, and you just saw that”
The Prophet replied
“Allah(SWT) make the sunrise from the east. Can you make the sun rise from the west?
Can you do that?”
Nimrod was speechless! He was angry with the Prophet
for confronting him!
Prophet Ibrahim (as) called the people to worship Allah(SWT)
for a long, long time.
Nobody was willing to listen in Babylon, except for one man
and a Woman!
The woman’s name was Sarah; later, she became his wife. The man’s name was Lut, who would later become a prophet!

One thought on “Prophet Ibrahim (as) The Friend Of Allah”