The Story of Surah Yasin

Surah Al Yaseen has a story in it. It’s about a believer in a town or a village where he was the only one that responded to the call of not only one messenger and one prophet but three of them.

The story is in the 36th chapter of the Quran, in Surah Yaseen, and it starts with verse 13.

This was a story of the town dwellers when messengers came to them. Allah sent them two messengers. They began to invite them to Islam but were calling them to Islam and asking them to embrace Islam. They belied them both, so Allah reinforced them with a third, and they said. Certainly, we have been sent to you as messengers.

The townspeople said you are human beings like ourselves, and the most gracious Allah has revealed nothing. You are only telling the story of the lies. If Allah wants to send, he would not send a human being. He would send angels; he would send other types of creatures.

The whole town is against the prophets this time. They were genuinely saying we are messengers to you. They said you guys are just a curse on us.

From the farthest part of the town, there comes a man. He comes in haste and says to his people, “Oh, my people follow those that have been sent. Follow these messengers.

Those three messengers, they’re standing there, and these hostile people surround them, and they have said to them:

In that environment, he comes from the outcast of the city. He enters through the crowd; he comes in between the prophets and the people.

He’s put himself in a hazardous situation.

He says, “follow those people; they don’t ask you for any money.

They’re calling you to do something that’s going to benefit you while it’s going to be no benefit to them. That shows that these people are sincere and genuine. It is clear that they only want good for you.

He is standing in between the prophets and the thugs. And the thugs are thinking, which side is he on?

Why he is on the Prophet’s side?

And now he’s going to do a lecture. Listen to his special lecture. He says, “what has to be wrong with me that I would worship other than the one who molded me out of nothing?

He doesn’t say what’s wrong with you guys that you’re going to worship someone other than the one who created you? He says what does it have to be wrong with me.

So, he started with me, and he ended with you. He says am I going to take others beneath him as a deity when if Ar-Rahman(Allah) wanted to cause me trouble, they couldn’t help me out in the least bit.

He’s telling them, look, you worship idols and others besides Allah. Do you know if Allah wanted to do something terrible to you, could they help you?

Why did he refer to Allah as Ar-Rahman?

He’s showing us that even though Allah is Ar-Rahman(The most merciful), he is just. Then he says that if I did, I would be in clear-cut misguidance.

The audience thought he got a point. But that doesn’t mean they are going to accept it!

When a prophet comes to people, he doesn’t just come and tell them, listen, I’m a prophet; you need to accept that!

He comes with a message. That message contains guidance, and that guidance has instructions. You need to do these things, and you need to stay away from these things.

Are those do’s and don’ts big or small?

So, even though this man makes such an amazing speech, they think he’s got a point. But yet they don’t accept it.
Then he comes out and tells them the reality right in front of them. He says, truly I have believed, I believe in your master.
It would be best if you guys listened to me.

We just shifted the camera from this scene of hostility to a scene of Jannah. This man is being told you go ahead, take your place in Paradise. What must have hap

He got killed! After he told them that he is a Muslim, they jumped on him and began to trample him. Imagine the hatred the pain he must have suffered.

Allah glossed over all of that and said forget about that. 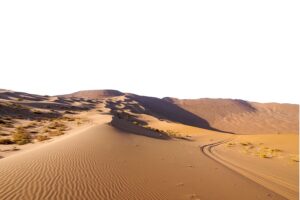 He is still thinking about those disbelievers. He says, only if they could see what I can see, they wouldn’t have done what they did.

That is the true meaning of compassion that he wanted good for his people. He always wanted them to be kind no matter what they did because he knows what Allah loves most.

Allah loves for us to worship Him. He(Habib Najjar) knows that so deeply that no matter how horrible someone can be to him, he still wants what Allah loves, even if it means having to be hurt in the cause.

He says, because of what Allah has forgiven me and made me of those that are honorable. Allah gave me honor.

Do we know the name of this person?

Has a name mentioned in the Quran? No!

It means his identity has been hidden.

Allah honored him with Paradise and by putting him in the Quran for us.

Do you think he could have ever imagined when he was going through all those difficulties? There would be people in the 21st century gathering together to talk about his life!

This is how Allah honored people.

The last part of the story

Allah says about those people, we are not going to prepare an army to take out those disbelievers. They are not worth even me preparing an army of angels to send down to destroy them. They are insignificant in my eyes.

So, how does Allah destroy them?

Allah sent one piercing cry. One violent shout came, and all went out like a candle until nothing was left, just some smoke.

We need to take three really important lessons from this story.

He knew this much, but the amount that he knew that only Allah needs to be worshipped and people should not worship anyone other than Allah was enough for him to act on.

The second lesson is this; it doesn’t matter who you are. It matters what you did.

The Quran referred to this believing man as “a man.” Allah didn’t even say “the man.” His name is not mentioned, don’t think about who he was. Think about what he did.

In the books of Tafseer, it was said this was an old man who was so old he used to walk with a stick and was suffering
from a disease. His name was probably Habib an-Najjar, as mentioned in various Tafseer.

The third lesson, don’t change your Islam for anyone. These prophets were called liars, but they kept with their religion.