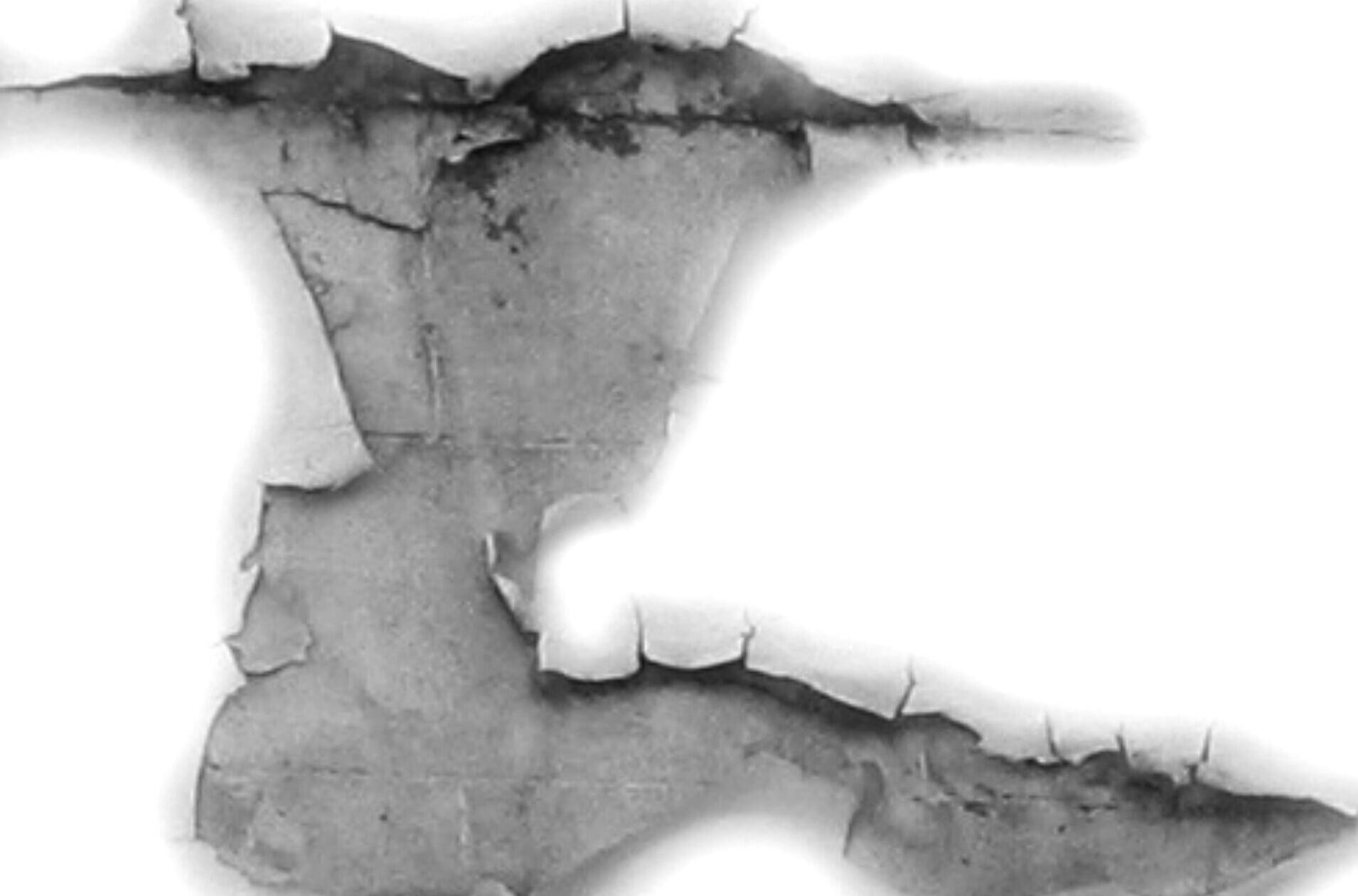 Quranic Stories Revelation of Surah Tafsir of surah
May 9, 2022May 25, 2022surahnet@outlook.com

Surah Al-Masad, the 111th Surah in the Quran, was revealed about Abu Lahab and his wife.

Abu Lahab was the uncle of the Prophet, and Abu Lahab’s wife was the sister of Abu Sufyan,

they were all staunch enemies of Islam, and they hurt and injured the Prophet very much.

Some have said Abu Lahab’s name was “Abdul uzza,” which means the servant and worshipper of the idol uzza.

Then he was named Abu Lahab, which means the father of flames. The reason could be that he had a red face or was fiery-tempered. 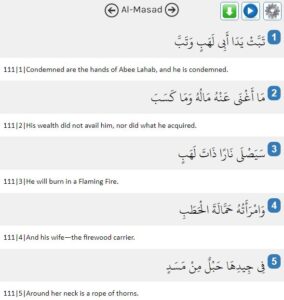 When Allah (SWT) first told the Prophet (s) to invite the people to Islam, the Prophet (S) went up the mountain and called out to

When the people came to see him, the Prophet said to them, “If I tell you that there is a huge army of enemies camping on the other side of this mountain, would you believe me?”

The people replied, “Of course we will believe you.” You have never lied.

Then the Prophet replied, “I am a messenger from Allah, warning you of a painful punishment, inviting you to stop worshipping your idols and inviting you to believe in the one and only Allah.”

Abu Lahab, who was in the crowd, shouted at the Prophet and said, “May you be destroyed; is that what you gathered us here for?”

At this time, Allah showed the Prophet Surah Al-Masad as a response to what Abu Lahab had said.

“May Abu Lahab and his hands be destroyed.”

The words “tabbat” and “watabb” mean a never-ending loss, which leads to one being destroyed.

And that’s exactly what happened to him. Abu Lahab died of a contagious disease, and his body gave off an unbearable foul smell. No one came close to his body for several days until they got some others to bury him.

Why is Allah mentioning his hands?

Some have said the word Yada (hands) could indicate that these same physical hands that Abu Lahab used to injure the Prophet (s) will be destroyed.

Others have said it has a more general meaning, which means all his actions will be destroyed.

Allah SWT has not mentioned many enemies by name in the Quran. Abu Lahab injured the Prophet so much that Allah cursed Abu Lahab by name in this Surah.

Allah also called him by his nickname, Abu Lahab, instead of his real name; this could be due to his name going well with his fate.

That has been described in this surah.

“His wealth and everything he has will not help him.”

Abu Lahab was a rich and proud man. He believed his money and whatever he had, like his children, would save and help him.

But Allah is saying none of this will benefit him.

“Very soon, he will burn in a flaming fire.”

He likes to be called by the name of Abu Lahab.

So the fire for his punishment is also Lahab, i.e., flaming.

“And his wife (who will also burn in the flaming fire) carries firewood.” We know that firewood gives fuel to a fire. With her actions, she “fueled the hellfire for herself.”

Some have said it is because she used to carry spiky pieces of wood, throwing them in the way of the Prophet (s) to

So, as a punishment, she fueled the hellfire for herself.

Some claim she spread gossip between people in order to incite conflict and fights.

The person carrying the gossip is known as the one carrying firewood, as they started the fire between the people.

Around her neck will be a rope of palm fiber.

The word “masad” means a rope made of palm fiber.

Some have said the rope would be so harsh and tight, so heavy and so hot that it would be impossible to remove it from around her neck.

Some have also said she had a very precious necklace, and she swore that she would sell it and spend the cost of it to hurt the Prophet.

So, Allah punished her with something else around her neck.

This Surah shows us that Abu Lahab and his wife are specifically mentioned as the cursed ones and the enemies of Islam.

And no relationship, whether you are the uncle or another family member of the Prophet, can benefit you when you have no faith.

It also shows us they are cursed because of their behavior, and any other person who has their qualities will also have the same destiny as they.

This surah is also one of the miracles of the Quran.

This surah was revealed when Abu Lahab and his wife were still alive and informed them they would be in hell, meaning they would never believe in Islam. They could have accepted Islam to try and prove the Prophet wrong.

But the prophecy happened, and they both died without accepting Islam. 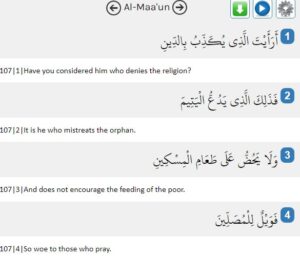 Before Islam came to Makkah, the people were corrupted.

They used to do many bad jobs.

So, Allah (SWT) sent surah Maun to Muhammad (s) to tell the people how to stay on the right path and the definition of a true Muslim.

In this surah, Allah (SWT) warned us that Muslims should not do bad jobs.

In this surah, Allah (SWT) even gave us some examples.

As Muslims, we have to take care of any orphan child; it does not matter if that orphan child is Muslim or non-Muslim.

At the beginning of Prophet Muhammad’s (s) prophethood, Abu Jahl cheated on an orphan boy.

That orphan boy did not have any clothes to wear.

One day, he came to Abu Jahl to get all of his land and money, which his father had left for the orphan boy. But Abu Jahl refused to give him the money that belonged to him. The poor little boy did not know what to do. Some of Abu Jahl’s friends laughed at the orphan boy. They even told him to go to Muhammad (s) with his complaint.

At that time, Abu Jahl and his friends were giving Muhammad (s) and all of the Muslims a tough time. Muslims were very weak at that time.

They thought Muhammad (s) could not help that orphan.

That poor boy went to Muhammad (s) and complained about Abu Jahl.

The prophet stood up for him the right way and took the boy to Abu Jahl.

He told Abu Jahl to return the orphan’s money right away.

Abu Jahl’s friends were surprised to see that.

Later, Abu Jahl told them he saw two spears with Muhammad (s). One was on his right side, and the other was on his left side.

If Abu Jahl refused to give that orphan his money, those spears would kill him. 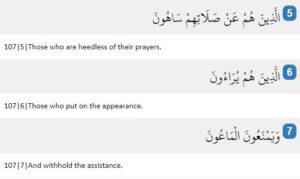 In this Surah, Allah (SWT) also mentioned the poor people.

As Muslims, we should take care of any poor people, and it does not matter if they are Muslim or Non-Muslim.

Later, in the Surah, Allah (SWT) mentioned praying from our hearts and not showing off to others.

If the prayer time starts, we should pray as soon as possible.

If we don’t pray from our hearts, Allah (SWT) will not accept our prayer, and we will be in big trouble on the Day of Judgment.

And finally, Allah (SWT) advises us to share any common use items with our neighbors, whether that neighbor is a Muslim or Non-Muslim.

Suppose our neighbor needs some tools. We should share our tools with them.

Even if our neighbor needs a little salt for their cooking, we should give them that little salt. 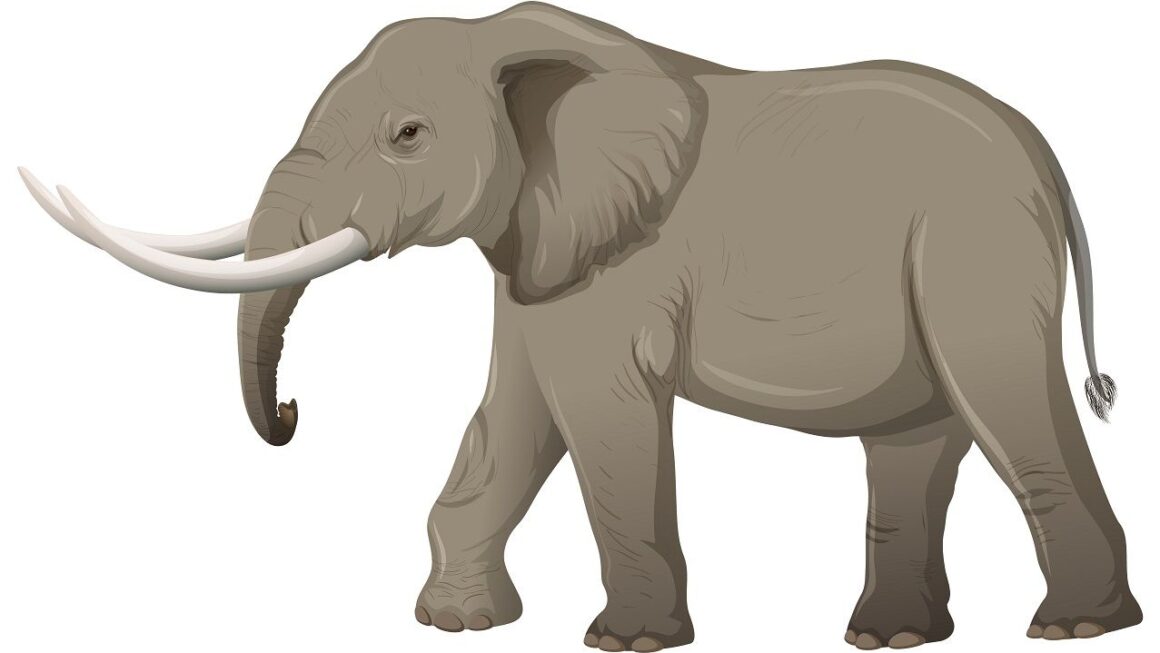