Musa returns to Egypt, conflict with the Pharaoh 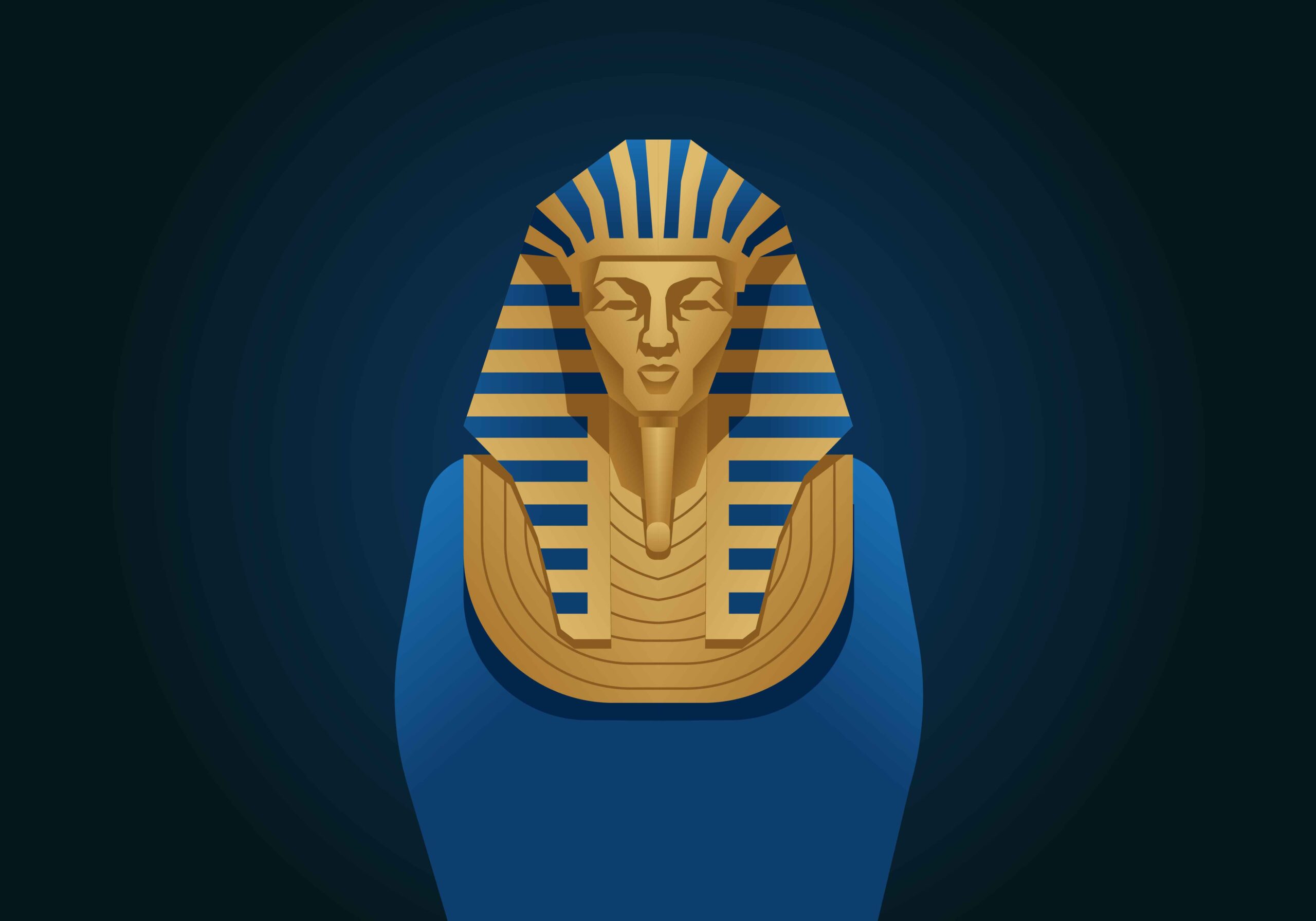 Musa returns to Egypt, conflict with the Pharaoh

Musa and Haroon Together

In the last episode, Allah(SWT) ordered Musa (as) to go to Egypt to deliver his message.

The Prophet then took His family and set off in the direction of Egypt. They walked for many days, and finally, they arrived in Egypt.

When they reached outside the city, his brother- Haroon (as), was waiting for him!

Haroon (as) was a Prophet as well. He had received a vision from Allah, and in the dream, He had seen that his younger brother would soon arrive to set the Israelites free!

When Musa (as) realized that this was his brother, he was in tears!! Then Both of them walked toward the Palace.

In the Pharaoh’s Palace

The Prophet had not been to Egypt for many years and knew his life was in danger.

Nothing could have brought Him back except the command of Allah (SWT). The Prophet could still hear the words of Allah(SWT) ringing in his ears.

“Go to the Pharoah and tell him to let the Israelites leave the land of Egypt.” Musa (as) now stood in front of the Pharaoh and his brother. 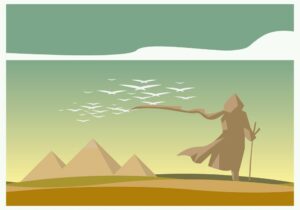 The Prophet spoke to the Pharaoh about Allah and his mercy. But the Pharaoh refused to listen because he considered himself a God!

He listened to the Prophet’s speech with disdain. He thought the Prophet was crazy to question his top position. After the Prophet delivered Allah’s message, the Pharaoh raised his hand and asked.

“I want you to send the children of Israel with us,” answered the Prophet.

“The Israelites are my slaves. Why should I send them with you?”

“They are not your slaves; they are the slaves of Allah (SWT).”

This answer angered the Pharaoh.

The Prophet shook his head and answered “Yes.”

“We picked you up from river Nile, and brought you up, didn’t we,” asked the Pharaoh.

“Are you not Musa, who killed an Egyptian man?

You are a fugitive of justice, and how dare you come and speak to me?”

The Prophet ignored his sarcasm and explained that he killed the Egyptian in an accident. It was never deliberate.

He then informed the Pharaoh that Allah(SWT) had granted him forgiveness and that He was now one of his messengers.

The Pharaoh asked Musa (as) to show a sign to prove that he was the messenger of God.

The Prophet threw his stick to the floor, turning into a serpent!! It started slithering and sliding along the bottom! The Pharaoh was
terrified at first, but he tried hard not to show it.

“We have many sorcerers in our kingdom who can match your magic!

The Pharaoh detained the Prophet and his brother at the Palace. He then summoned all the magicians in his kingdom to the Palace. The Pharaoh promised huge rewards to them. If their magic was found better than the Prophet’s.

The day of the contest arrived, and the Palace was crowded with people. The magicians stood on one side and the Prophet
and His brother stood opposite them.

Everyone in the palace took the side of Pharaoh, and the Prophet and his brother stood alone.

Musa (as) asked the magicians to perform first. It is said that there were more than seventy magicians lined up in a row!

The magicians threw their sticks and ropes, and suddenly the ground floor was flooded with a sea of serpents!

They were writhing and slithering everywhere! The crowd was amazed when they saw this, and they thought the Prophet would never beat such powerful magic.

Musa (as) was afraid too, but he knew that Allah was on His side. He threw his stick to the floor, and suddenly it transformed into a vast serpent!! The serpent then ate all the other small ones lying on the ground!!

All the magicians believed in Allah

When the crowd saw this, they stood up like a wave, cheering for the Prophet! The magicians were surprised as well! They knew this was not just a trick, and the serpent was real! They realized that Musa was not just a magician or a sorcerer. The magicians knew that Musa’s power came from something more significant, so they fell on their knees seeking forgiveness from Allah(SWT).

Allah(SWT) forgave them, but the Pharaoh grew furious.

“How can you believe in his God before I gave you my permission?”

He asked them angrily, but the magicians replied

“Do what you wish, but we fear the punishment of Allah(SWT) much more than you.”

The Pharaoh got angry when he heard this. He now realized that he had a problem, as the Prophet kept asking him to free the Israelites.

His kingdom was built on the fear of the Israelites, and everyone believed him to be God.

He was now worried that his kingdom was about to be unraveled. The Pharaoh felt threatened and summoned all the ministers and leaders for a serious meeting.

“Am I a liar, O Haman?” He opened the session with this question

Haman stood up and asked, “Who dared to accuse you of lying?”

“Didn’t Musa say that there is a Lord in Heaven?” 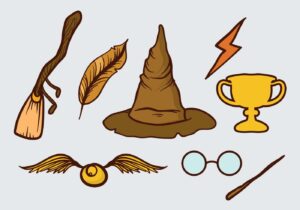 The Pharaoh ordered the killing and torturing of all who followed the Prophet!

The soldiers then started torturing the Israelites. They slayed the men, and not even the babies were spared.

They imprisoned anyone who dared to oppose them.
The Prophet stood watching their horrific acts helplessly. He asked the people to be patient and asked them to have faith in Allah (SWT)

Allah commanded Musa (as) to warn the Pharaoh that he and the Egyptians would suffer a severe punishment if the children of Israel were not set free.

The Prophet agreed and went to meet the Pharaoh again!

He then demanded again to release the Israelites, but the Pharaoh refused.

It was then that Allah afflicted Egypt with a severe drought. Even the lush, green, and fertile valleys of the Nile began to wither and die.

The crops failed, and the animals began to die. Even as the Egyptians suffered from famine, the Pharaoh refused to obey and remained arrogant.

Then Allah sent a massive flood to devastate the Land of Egypt! Villages were drowned, the crops were destroyed, and many Egyptians were killed!

Then the people, including the Chief ministers, appealed to Musa. “Musa,” they cried, “Please help us. We shall believe in you and your Allah if you remove this punishment from us! We shall let the children of Israel go with you!

The Prophet then prayed to Allah, and the Land returned to normal.

The Land became fertile, and the crops grew again! But the children of Israel were still enslaved!

They were not allowed to leave as promised! The Prophet asked them to fulfill their promise, but they did not heed his request. They ignored him and walked away.

He prayed to God again, and this time Allah(SWT) sent plagues of locusts to Egypt.

The locusts attacked the crops and swallowed everything in their path!

The people rushed to the Prophet, begging for his help.

The ministers promised to let go of the Israelites if he would send the locusts away.

The Prophet prayed to Allah again, and the locusts departed.

But even now, they didn’t let the Israelites leave as they promised.

Allah then sent a plague of lice, spreading disease among the Egyptians. It was followed by a plague of frogs that harassed and terrified the people.

The people rushed to the Prophet, begging them to save them every time Allah sent his punishments.

They promised to free the Israelites every time, but when God withdrew the punishments, they refused to let go of them.

They hurried to the Prophet as usual, and as soon as everything
returned to normal, they turned their backs on Allah(SWT)

The Story of Exodus!

The Egyptians refused to believe in Allah despite the miracles that Musa (as) performed.

Allah sent his punishments repeatedly, and the people would appeal to Musa (as), promising to release the Israelites. But time and again, they broke their promises.

Finally, God withdrew his mercy and ordered Musa to lead his people out of Egypt.

The people carried their jewels and their other belongings with them. This mass migration was later known as Exodus.

In the darkness of the night, the Prophet led his people towards the Red Sea.

By now, Pharaoh realized that the Israelites had left the city.

He got outraged and assembled an army to follow and capture the Israelites.

By early morning, the Israelites had reached the Red Sea. When the Prophet looked back, He could see the army getting closer and closer. He realized that they were soon going to get trapped.

In front of them was the Red Sea, and to their back was Pharaoh’s army! Fear and panic began to spread through the people!

Musa (as) walked towards the edge of the Red Sea and looked out at the horizon.

It was then that Yusha(as) turned to the Prophet and asked.

“In front of us is this impassable barrier- the sea! And our enemy is approaching from behind! Indeed, death cannot be avoided!

But the Prophet did not panic. He stood silently and waited for Allah to keep his promise to free the children of Israel!

At that moment, Allah(SWT) commanded the Prophet to strike the sea with His staff!

Musa (as) did as he was commanded. A fierce wind began to blow, and the sea swelled and spun!

And suddenly, the sea parted, revealing a path for people to walk!!

It was a miracle!!

The Prophet then led his people across the sea. As they walked, the waves stood like a mountain on each side! The Prophet ensured that everyone crossed the ocean safely.

But the Pharaoh was a pretender. He wanted to take credit for this miracle, so he shouted to his men.

“Look! The sea has opened at my command so that we may arrest them.”

They rushed across the parted waters, following the Israelites. But when they reached midway, the water came crashing on them!

Pharaoh realized that he was going to die. He shouted out of fear, “I believe that there is no God other than Allah, and I surrender to You.”

But it was too late. The curtain fell on the Pharaoh’s tyranny, and the waves carried his body to the shore.

When the Egyptians saw his dead body, they realized that the man they had worshipped could not even keep away his death!

They now knew that he was never a god! Allah had favored the children of Israel, and he led them safely out of Egypt.

3 thoughts on “Musa returns to Egypt, conflict with the Pharaoh”