Story of Musa, Conversation with Allah 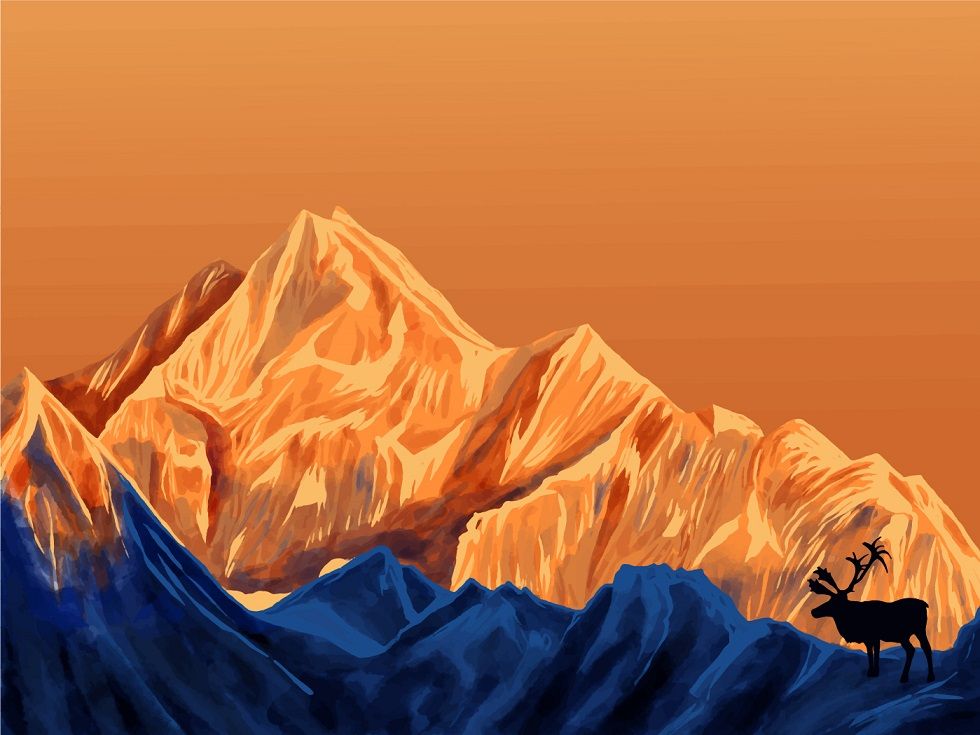 Story of Musa, Conversation with Allah

Read the first part of the story of Musa(A) here

Prophet Musa (as) wandered in the desert for many days and nights! He traveled in the direction of Midian, the nearest town between Syria and Egypt.

His only companion in the desert was Allah (SWT), and his only provision was piety. The hot sand burned the soles of his feet, but fearing pursuit by the soldiers, he forced himself to keep walking.

Like this, He walked for eight days and nights. The Prophet finally managed to cross the desert, and he reached the
outskirts of Midian.

In a new city

After walking for more time, he reached a watering hole outside the city.

As soon as he reached the spring, he threw himself under a tree to rest for some time. As he caught his breath, he noticed two women standing aside with their sheep.

They were standing far away, hesitant to approach the crowd. The Prophet sensed that the women needed help. So being a man of honor, he ignored his thirst and went to them.

“Can I help you in any way? Why are you standing aside?” He asked them. Then the older sister replied

“We are waiting until the men finish watering their sheep.”

“Why are you waiting.” He asked them again

“We are helpless,” they said. “Our father is very old, and he doesn’t have the strength to face this crowd. If we go forward, these strong men will push us aside. So when these people are finished, we take our animals to the water. It’s our daily routine,” they explained.

The Prophet took the women’s sheep to the waterhole, where he quickly pushed in amongst the men.

When He approached the water, he saw that the shepherds had put a large rock to cover the well. The Prophet single-handedly lifted the rock, and he let the animals drink.

The people standing there were shocked when they saw him lifting the stone with just one hand!!

He then returned to sit in the shade of the tree. That’s when He realized that he had forgotten to drink!

“Ya Rabb,” He prayed, “Whatever good you can bestow on me, I am indeed in need of it now.

The Old man comforted him.

“Be grateful to Allah(SWT) that you have managed to escape from those tyrants! You need not be afraid now!”

The Old man and his daughters liked the gentle behavior of the Prophet.

They invited him to stay with them for a few days, and the Prophet was more than happy to accept their invitation. The hosts soon realized that the Prophet was a trustworthy man.

One day, the Old man approached him and said

“I wish to marry you to one of my daughters.” The Prophet was happy to hear this.

“But on one condition,” the old man added.

“You must agree to work for me for eight years,” He said.

The Prophet was a stranger in a strange land. Exhausted and alone, this offer suited Him very much. 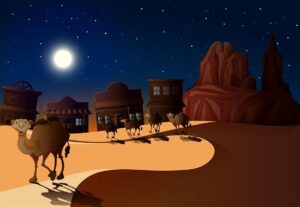 He married the Midianite’s daughter and looked after his animals for ten years!

Time passed, and he stayed far away from his family and his people. This period of ten years was significant for Prophet Musa.

It was a time for significant preparation.

Musa (as) completed ten years of service as he had promised.

One day, suddenly, He was overcome by homesickness. He started missing his family and the Land of Egypt! He desperately wanted to return to Egypt.

On the way to Egypt

That night he went to his wife and said

“We shall leave for Egypt tomorrow.”

His wife agreed, and they started packing their belongings.

Musa (as) left Midian with his family and traveled through the desert.

They traveled for many days and finally reached Mount Sinai.

“I think we have lost our way,” said the Prophet.

The Prophet was confused, so He decided to camp there for the night. He then left searching for firewood to light up a fire. He kept digging and reached Mount Tur.

As He walked, he noticed a fire burning on the top of the mountain! Musa (as) walked towards the fire, and as he did, he heard a voice!

“O Musa, I am Allah, the Lord of the Universe,” said the Voice

The Prophet realized it was indeed the Lord talking to Him, so he walked towards the fire.

Allah then asked the Prophet to remove his shoes as he stood on holy ground. Allah then revealed to Him that He had been chosen for a special mission and asked Him to follow his instructions.

“And what is it in your right hands?” Allah(SWT) asked him

“This is my staff,” He replied

“on which I lean, and with which I beat down the branches for my sheep.”

“Throw down your staff,” Allah commanded.

And no sooner did the Prophet throw down the staff that it turned into a wriggling snake!

Musa (as) was frightened, and he started to run!!

But Allah said, “Fear not and grasp your stick. We shall return it
to its former state.”

The Prophet was terrified of the snake.

He then trusted the Voice and placed His hand over the snake.

It immediately transformed back into his staff again!! The Fear of Musa (as) subsided and was replaced by peace. He realized that he was indeed talking to the creator.

Next, Allah(SWT) commanded him to put his hand inside the robe.

The Prophet did as commanded, and when he pulled his hand out, it shone brilliantly!

Allah(SWT) then commanded him to go to Egypt and face the Pharaoh. He told him that the Pharaoh had become arrogant and was suppressing the Israelites.

Musa (as) feared that he would be arrested if He returned to Egypt, so he said

“O, Allah! I have killed a man among them, and I fear they will kill me!”

Then Allah (SWT) comforted him by saying.

“Go and deliver this message to them. Show them the path of the truth. Take your brother Haroon to assist you. They will not be able to harm you at all.”

Musa’s story continues here according to the Quran

2 thoughts on “Story of Musa, Conversation with Allah”