Short Surah from the Quran with Explanation 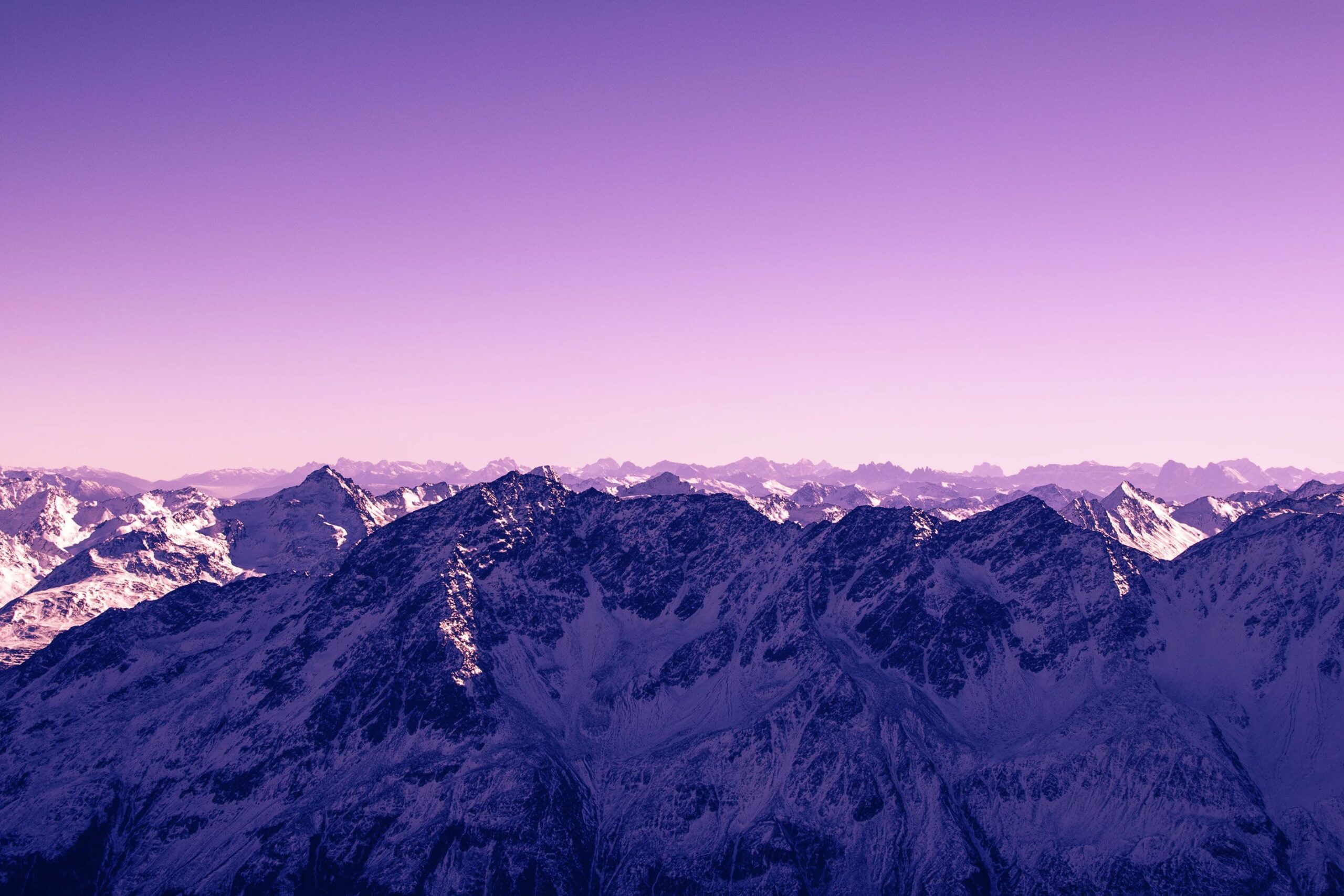 Short Surah from the Quran with Explanation

The story behind surah Al-Kawther

At 25, Mohammad(S) married Khadija(r). Before Muhammad (s) became the Prophet, he had all his six children.

His first child is his son Qasim, then a daughter Zainab, son Abdullah, daughter Kulthum, Fatima, and Ruqayyah(PBUT).

His older son died before his prophethood.

So when Muhammad (s) became Prophet, he had four daughters and only son, Abdullah.

As you know, after his prophethood, most people did not believe him. They even did not accept Allah(SWT) as their only lord.

So they started to give him a very hard time, physically and mentally. Everybody thought his future was dark because he did not follow his family’s religion.

His community rejected him. At that time, his only son, Abdullah, died. So he had only four daughters left.

Most of the nonbelievers were very happy to hear the news. Everybody thought his future was finished. There was no one to carry his family name and legacy.

At that time, Allah(SWT) sends surah Kauther to give him the very good news of giving a most beautiful fall and river hereafter.

Also, it’s mentioned that his enemy would be destroyed.

On the Day of Judgment, Muhammad (s) would take all Muslims to the Kauthar river when everybody was thirsty. The water would be whiter than the milk and sweeter than honey.

At Miraz, when Jibrael (as) took Muhammed (s)to heaven, he saw the most beautiful fall, the Kawther.

Surah An-Nasr is one of the shortest surah in the Quran. It would be easy for us if we go one by ayat to understand the surah. 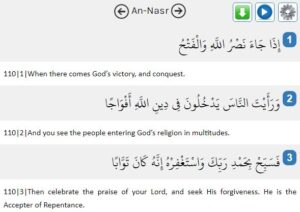 “When the help and victory comes from Allah”

This verse refers to when the Prophet(S) and his followers were kicked out of Mecca to a distant place for many long years.

After years and years of struggle, hardship, and pain, Allah (SWT) tells them that help and victory are coming, and they will be returning to Mecca very soon.

And that is exactly what happened; the Prophet(S) and his followers returned to Mecca with help and victory. They saw groups and groups of people entering the Religion of Allah of their own free will without any battle.

There were many victories for Islam, but no victory was as important as the conquest of Mecca with no bloodshed, especially for the Arabs who believed that if the Prophet of Islam (S) could conquer and capture Mecca, then it was a sign of him being a true prophet.

“Then glorify and praise your Lord, and seek His forgiveness. Indeed, He is the one who accepts repentance.”

So Allah SWT says that once He makes you victorious, you see groups and groups of crowds of people entering into Islam with their own free will. Instead of showing pride and taking revenge on what the people of Mecca had done, Allah gives three important instructions.

What do these three special instructions mean?

First, when we say Sabbih, it is to acknowledge and glorify Allah as completely pure and free from any fault or weakness.

Tasbih, Subhan, and Sabbih all come from the same root word.

Then once we acknowledge that Allah is the most perfect and free from any fault, we praise and thank Allah.

Indeed Allah is al Tawwaab, the one who always returns.

We may abandon Allah many times in our life, but Allah never abandons us. He accepts our repentance over and over again.

Some have said that the word “Tawab” in this verse indicates that just as Allah has accepted your repentance, you should accept the repentance of the guilty after the victory of Mecca.

Like the Prophet(s) showed mercy and forgiveness to his enemies. When the Prophet (s) does istighfar or repents, it doesn’t mean he has sinned and is seeking forgiveness.
It means he is seeking help and protection from Allah for himself and his followers against forces of evil and seeks forgiveness
on behalf of his followers.

Some had said that when this chapter was revealed, and the Prophet recited it to the followers, they all became happy except for Abbas, the uncle of the Prophet (s), who began shedding tears.

The holy Prophet (S) asked him why he was crying.

He answered that this Surah indicated the Prophet’s death.

And the Prophet said: It is so, my uncle.

So this Surah is telling us that Allah’s help comes first and then victory. And the help and victory influenced groups and groups of people to enter the Religion of Allah of their own free will.

All of these are causes and effects of each other.

So, in other words, people do not enter Islam in thousands and thousands of their own free will unless there is victory.

There is no real victory without the help of Allah.

And along all these stages comes the stage of being thankful and praiseworthy to Allah.

We can learn from this Surah in our lives that victory always comes from Allah through struggle.

And have patience with the struggles as some
struggles may take years.

You have to know that Allah can bring you out of any difficulty you are in, and always turn to Him and be grateful.

Don’t look at your acts of worship as something to boast about by being overly proud and arrogant over it.

These things may be victorious, but you would not have done them without the blessing and help of Allah SWT.

And once you recognize the blessing and victory from Allah that you have, which is a blessing, you will sincerely thank Allah and seek forgiveness for your doings.

One thought on “Short Surah from the Quran with Explanation” 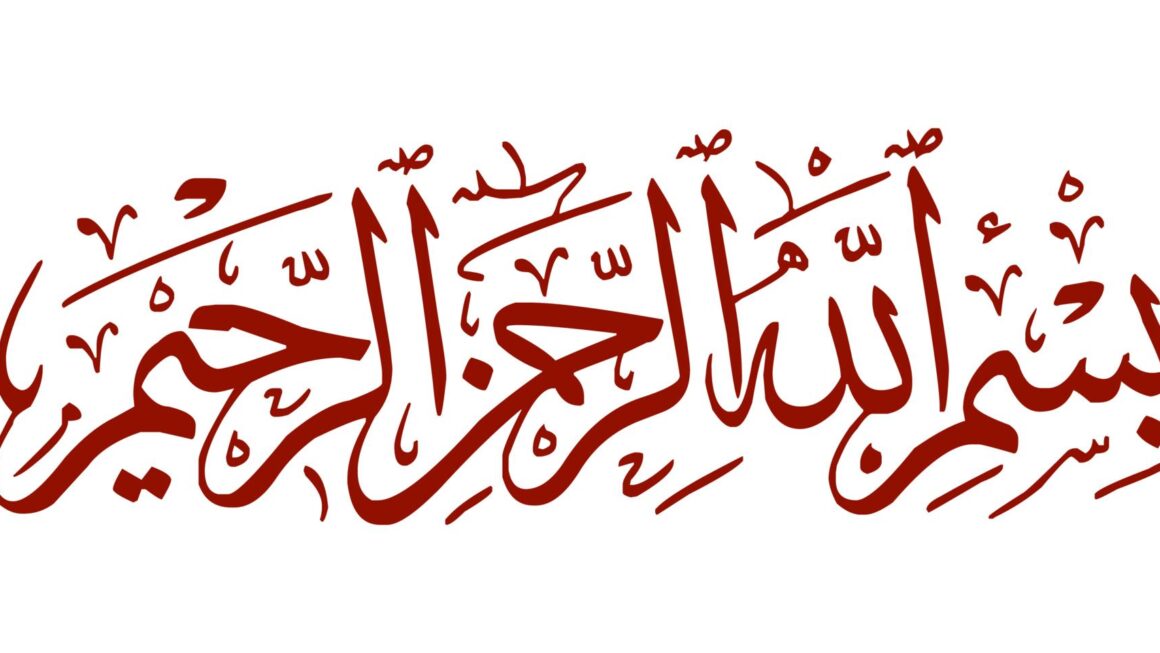