How did Muhammad(PBUH) become a prophet?
How was the first verse of the Quran from Surah Al-Alaq “Iqra bismi rabbika allahzi khalaq” revealed to him?

From his childhood, Muhammad (s) was very intelligent and modest. His honesty, bravery, justice, patience, and friendship attracted everyone.

He never worshiped any idols during his lifetime, and he never drank any alcohol. He did not like noisy or crowded places. Whenever he stayed alone, he was in deep thinking about Allah (SWT)’s creation, and he tried to know about the creator of everything. 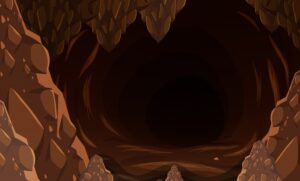 When Muhammad (s) was 38 years old, he decided to spend more time alone on Mount Noor, or another name was Mount Hira, which was two miles away from Makkah.

There was a cave-in on that mountain top around 4 meters in length and one and a half meters in width. He spent his whole Ramadan in that cave for his deep thinking about who the real God was. After Ramadan ended, he visited the Kabah first and then returned home.

During the next year, he also spent the month of Ramadan in Cave Hira. Day by day, he started to go more often to the cave of Hira.

In the cave, when Muhammad(PBUH) finished his dry food, he would go to his wife Khadija (PBUH), and she would pack more dry food for him, then Muhammad (s) would go back to the quiet place, which was cave Hira.

Six months before his Prophethood, Allah (SWT) started to show him several dreams, and later on, those dreams would come true!

The fact that his dreams would all come true was one of the signs of his prophethood.

During that time, he spent several days and nights in that cave, and this habit of his continued to happen until his 3rd year of Ramadan.

Why did he spend so much time alone in that cave?

Scholars of Islam say Allah (SWT)’s plan was to prepare him for his prophethood.

During the 3rd year of Ramadan in cave Hira, he was around 40 years old.

On the 21st of Ramadan, just before sunrise, was the day when Allah (SWT) selected him as the last and final Prophet for all of humankind. 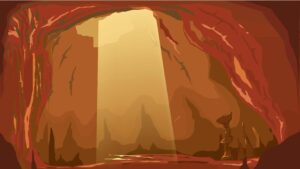 It was Monday, August 10, in the year 610. He was in deep thinking in his worship. Suddenly Angel Jibrael(PBUH) came in front of Muhammad (s) and said to him,

After that, he released him, and the Angel asked him again to read. Again Muhammad (s) replied that he could not read.

The Angel held him, pressed him again very hard, and released him. Then he asked Muhammad (s) to read. Muhammad (s) again said he could not read.

For the third time, the Angel held and pressed him again very hard until he could not take his breath anymore.

“Read in the name of your lord and your creator, who created everything in the Universe.”

His miracle was that he could easily memorize

anything that Angel Jibrael (PBUH) would tell him, word by word and letter by letter.

In Surah Nahl, verse 102 explains that the Holy Spirit and angel Jibrael (PBUH)are the same.

So after seeing the Anjel Jibrael, Muhammad(s) became very scared, and his heart was beating so fast, and he was shaking so much.

He immediately returned home and asked his wife Khadija (PBUH) to hold and cover him Tightly.

When he calmed down, he told her everything that had happened to him.

Khadija (PBUH) told him not to worry; she told him Allah (SWT) would protect him because he was a very good person.

Then Khadija (PBUH) decided to take him to her very old cousin, Waraqa ibn Nawfal.

He did not worship any idols, and he was a follower of Prophet Isa(Jesus) and his holy book, the Injil(Bible).

The Prophecy of Waraqa ibn Nawfal

After hearing Muhammad (s), Waraqa immediately alkalized the final and last Prophet, mentioned in the Bible in the book Isaiah, chapter 29, verse 12.

He also said that it was the same Angel that Allah(SWT) sent to Musa(PBUH), and he warned Muhammad (s) that his people would start to dislike him since he would be spreading the truth to the world; and because he would have to, later on, leave his city Mecca.

Muhammad (s) was very surprised to hear that.

Waraqa became sad that he could not help Muhammad(s) in his hard time because he was very old and blind.

Unfortunately, a few days after that day, Warawa died.

Many days passed, and the Angel Jibreel (PBUH) did not return.

Muhammad (s) became very worried and sad. But he continued his deep thinking about Allah (SWT).

One day after his prayer in the cave of Hira, he was walking toward his home. Suddenly Angel Jibrael (PBUH) called Muhammad. (s) by his name and gave him the good news that he was the last Prophet from Allah (SWT).

Muhammad (s) was surprised and saw the very big Angel. The Prophet was very scared to see him like that, so he ran to his home. Khadija (PBUH) held and covered him tightly with a blanket.

After he cooled down, Allah (SWT) told him to remove the blanket and go to the people to tell about Allah (SWT)’s orders, and this was the first five sentences of Surah Mudassir. And it was after this point the starting point of spreading Islam.

Allah (s) gave the Surah or Revelation to Muhammad (s) in 7 different ways. 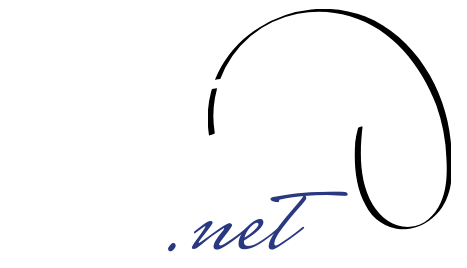 Avada Podcasts is a weekly public radio program and podcast. Each week we release exciting new podcasts on a variety of current topics.